We are back from another extended long weekend to the island. It was actually our second attempt as our first attempt ended poorly due to weather (as detailed in the post A Change of Plans). The journey out was fairly uneventful making for a pleasant, but long, evening drive. It was even warm enough ( 8 degrees Celsius )  for us to sleep at the ferry and get the first boat, which for November was amazing. However the journey back was something else.

The trip back started out as any trip does, up before 6 am, get up the kids, close down the house and drive the almost half hour drive to the ferry ( Otter Bay, Pender Island) that departs at 7:05 am. We aren’t exactly “morning people”, we are actually people who stay up until 3 am every night, but the early start means we can drive home from the island in one day. The drive is no short jaunt at 1142 km from Pender Island, BC to Red Deer, Alberta (Canada).

The ferry arrived on time and the journey was uneventful. As usual we slept on the boat until we were 30 minutes outside of the port at Tsawwassen (Vancouver) giving ourselves some extra energy for the drive ahead. The ferry docked on time and we felt we were off to a good start. 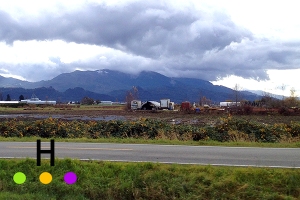 We had the normal start-stop driving through the metro Vancouver area and were finally moving at a decent speed when we reached Abbotsford, and then we stopped. For a very long time. Nothing was moving. It turned out that the traffic was moving at a snail’s pace as they sorted out the aftermath of an ultralight crash from the day before.

We were up to speed finally, drove past Hope, BC and we were off to face the Coquihalla. The Coquihalla is one of those notorious high mountain roads where the weather can be changeable, and changeable is what we got. 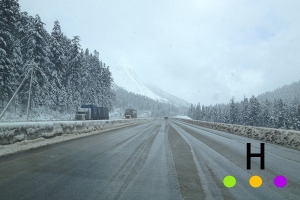 First we has rain. Then we had slush. Then we had a full blown snowstorm with a river running down the highway.

It then proceeded to get worse, and freeze, and snow some more. We were then treated to pure ice. We were travelling over the Coq at a top speed of 60 km/h.

After a long, slow, stressful haul we finally were treated to decent weather just outside of Kamloops. 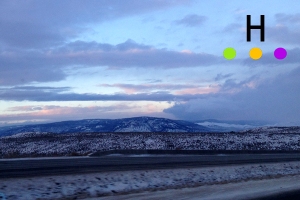 We hoped the worst was behind us. As we drove through the winding roads of the Shuswaps the weather had improved greatly. We enjoyed the scenery. We saw a couple of forest fires. We knew, however, that we should really check the weather before we headed into the next set of mountain passes.

We checked out the Drive BC site to try and get an idea of what we were about to face, only to find that the road on the other side of the mountain pass was closed. It had been closed for hours due to an accident. So what to do? Do we stop or do we risk it and keep going in hope that the highway will open soon? We were already hours behind so we felt we should carry on and hope for the best that the road will open soon.

By the time we reached Revelstoke it was clear that the highway had reopened. It was semi after semi after semi coming off the Rogers Pass. It looked like we would be able to go through.

More bad driving. More slippery driving. Top speeds again of 60 km/h. The snow on the roads was all cut up from the chains on the tires of the semis; it was like driving on icy gravel roads…..for what seemed like hours. 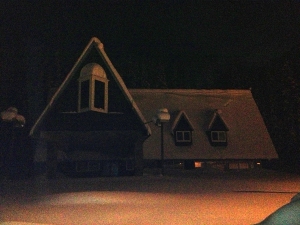 It was ugly at the summit. Cold. Dark. Icy. And we still had to make it down the other side.

We crept down the pass with no choice but to go slow. We rolled into Golden to refuel ourselves with Tim Horton’s coffee. We braced ourselves for what was to come…..The Kicking Horse Pass. The Kicking Horse Pass is a road that leaves no room for error in good weather. The speed limit around the corners in perfect conditions is 40 km/h. Sharp turns, steep drops, no shoulder to speak of. In bad weather it is just plain scary. Slowly we made it down and stopped in Field for a breather. The cold of Alberta was beginning to creep in with temperatures being an icy -11 degrees Celsius, but it could be worse.

After a short rest we ventured forth. icy roads kept us at 60 km/h. Slow past Lake Louise turnoff. Slow through Banff. Slow past Canmore, and the temperature was dropping. 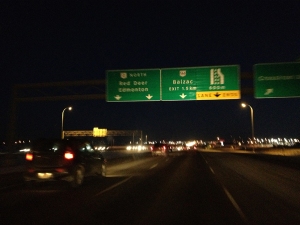 By the time we reached the Cochrane/ Bragg Creek turnoffs it was 6 am and it was rush hour. Wall to wall cars. The traffic increased as we drove through Calgary and continued down the QE2 Highway. Aggressive driving. Arrogant drivers. We shake our heads at what is supposedly the “Alberta advantage”. We wonder why we are here, the province that is “home”, the province full of miserable people. You know the phrase “Money can’t buy you happiness.”? Well it is pretty obvious that that is true here in Alberta; the more money people make the more miserable they seem.

The conversation continues as dawn breaks. It is a conversation we have often as of late. So many people we know ask why we are still here in Alberta when we have our escape to BC. Everyone says we should just sell up. It is a big question that sits in our minds.

The sanding trucks come out making the roads more bearable. The sun rises treating us to a beautiful view. 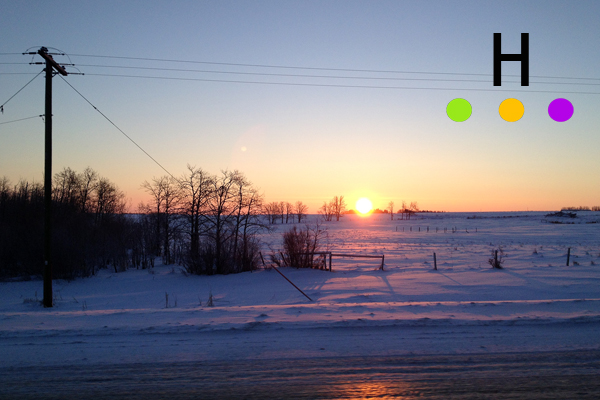 sunrise through ice on our car windows 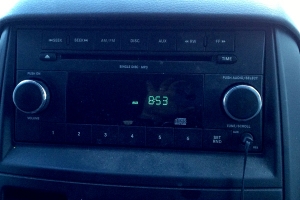 We finally arrive home at 8:53 am after 25.5 solid hours on the road. We go into the house, get changed, and the kids are off to school (slightly late!) and my husband is off to work.

In slightly over the course of a day we went from this……………..