I have spent the last couple of days editing hour after hour through pictures from when we were in Pender in January. I suddenly realized that if I didn’t get through these pictures quickly, in two weeks time I will have another 2000 pictures to edit as well….well that is if the roads allow us to make the trek out to Pender. 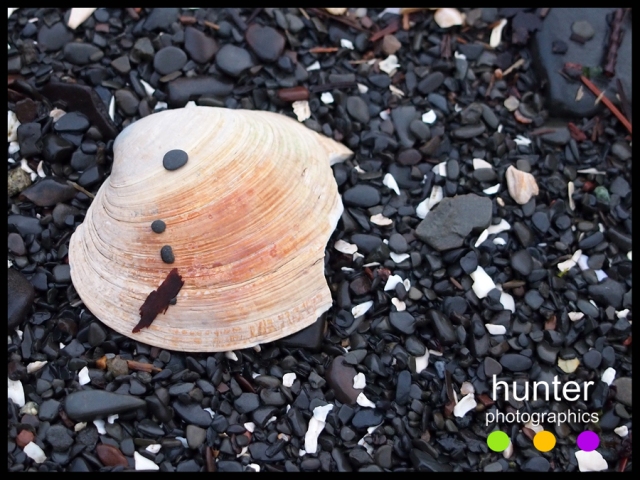 I noticed as I looked through the images I had a lot of pictures of “beach treasures”: kelp, seashells, rocks and driftwood.

It is amazing how many of these “beach treasures” follow us home. Every room in our house has at least one seashell in it, the area under my easel has 17 small pieces of driftwood for a project I have in mind, seaweed has followed us home to Alberta as part of an eco-dyeing experiment (jury is still out on whether it is worth trying again), and my children walk around with beach glass in their pockets.

We do, however, have a policy of checking for critters before popping a seashell in a pocket. This is a lesson we learned a few years back. We had been to England and my son had popped a snail-shell into the pocket of his waterproof, we didn’t think anything of it. Weeks and weeks later we were back in Canada and my son went on an outing to the library. He reached into his pocket to play with his shell and it crawled across his hand. Talk about a surprise. The joke in the family was that we were smuggling animals into the country. 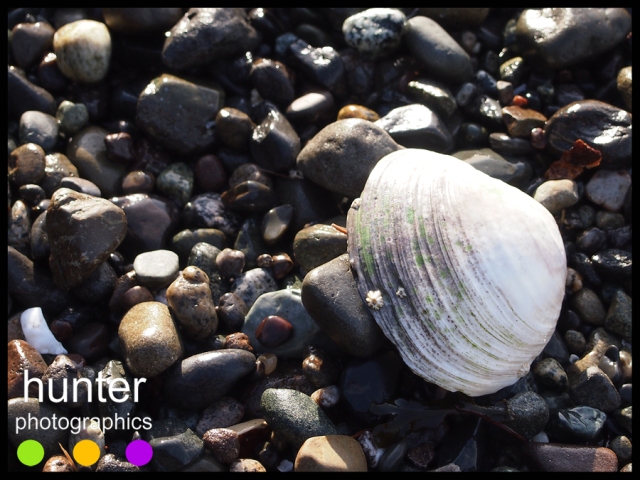 Luckily pictures of “beach treasures” seem a safer bet. They don’t crawl out of your pocket unexpectedly and they don’t smell.