“I hope the house is there.”

It is now the end of July. Technically we have taken possession of our house on the island. We haven’t seen it yet, but we’ve taken possession. Our furniture has arrived and is sitting in the house. The last thing to do is to actually go see what we had bought.

We decide to leave for the coast once my husband was done work for the day. Most people we know usually leave really early in the morning to head for the coast because it is such a long drive, but we decided to go even though it was late in the day as we were really keen to see this house we had bought.

The van was as loaded as feasibly possible. Kids, clothing, food, stroller, bedding and towels, cookware, dishes and silverware, plus all the other bits and bobs needed to outfit a house……. and a kayak.

So off we go. A beautiful summer evening for a drive. Everyone is excited. The roads aren’t too busy. The towns we use as landmarks seem to just fly by. Banff. Field. Golden. Revelstoke. And then driving through the Shuswaps the inevitable happened and the little voice in my head said “I hope the house is there.”.

The roads were fairly empty, which is something on the Trans Canada. We made the decision to travel as far as possible before stopping for the night. The mountain passes went well, there was no fog or rain, and the kids were asleep in the back of the van. By the time we reached Kamloops we decided to drive through the night and catch the first ferry from Vancouver in the morning. We did really well until we hit Langley. Langley was where my husband hit his wall, he was too tired to drive, we had to stop. We had made great time, and we had a few hours before the first ferry of the day, so we had a bit of a rest in a parking lot before carrying on. 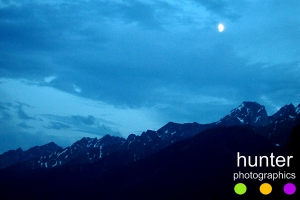 A bit of a rest and we were on the road again. The roads in the Vancouver area at 5 am are remarkably calm. You never really think of roads being empty when talking of big cities, but we literally only passed a few handfuls of cars between Langley and the ferry terminal. This was a nice bonus to the end of a very long drive.

We were early for the ferry. We pulled up behind the only other car in the whole waiting area of the terminal, turned off the car, leaned the seats back and went to sleep before catching the ferry to Pender Island. We were exhausted.

1 Response to “I hope the house is there.”